The week before she passed away, my grandmother (Mimi) asked me to speak at her funeral, and she also asked my cousin, Claire, to sing. We were both honored to be voices that helped others reflect on her and her life.  I wanted to post what I shared about my Mimi here for those that were at the service, as well as for those who couldn’t make it on the day. 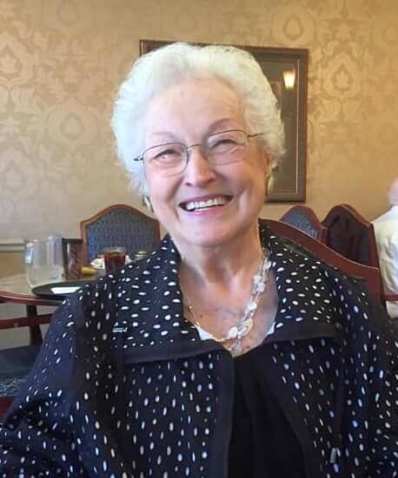 I consider Maxine to be one of the most influential and admirable women I’ve ever known.   And I don’t just feel this way because she was a wonderful grandmother, though she was.

As a grandmother (or “Mimi” as her grandchildren know her), she was loving and involved. She asked good questions and really listened to the answers. She remembered details of your life that you, yourself, may have forgotten.  She gave wise counsel.

She also had more than a little mischief and impishness to her; she always had something fun tucked up her sleeve.

And she was really fun to laugh with. She was the kind of person who would get so tickled by something that she just couldn’t stop laughing. Pretty soon, she’d be wheezing so hard that you’d get tickled, too (sometimes to the point of tears).

So yes, she was a wonderful grandmother.

However, as I’ve gotten to spend more time with her over the last few years and to know her better as an adult, I’ve learned things about Maxine that I couldn’t have put words to as a child.

I want to share some of those things with you all today: the things that made Maxine the beautiful, strong and faithful woman that she was.

A Life of Beauty

Maxine was beautiful: inside and out.

I’ll mention Maxine to someone who has met her, and they will usually reply: “Oh, she’s such a beautiful lady.”

Even as recently as last weekend, near her final hours, her nurses commented on what a beautiful lady she was. And when they commented on it, they almost found themselves puzzled at the fact that they were saying the words aloud–it’s surely an unusual thing to be able to say about about someone at that point in life.

When I think about the frequency of such comments about Maxine’s beauty,  I have to come to the conclusion that they have much to do with the incredible grace and poise that Maxine possessed throughout her life.

Don’t get me wrong, Mimi was always a very pretty lady, but there was so much more to her beauty than that. She had this glamorous, regal way about her. She was always polished and put together. 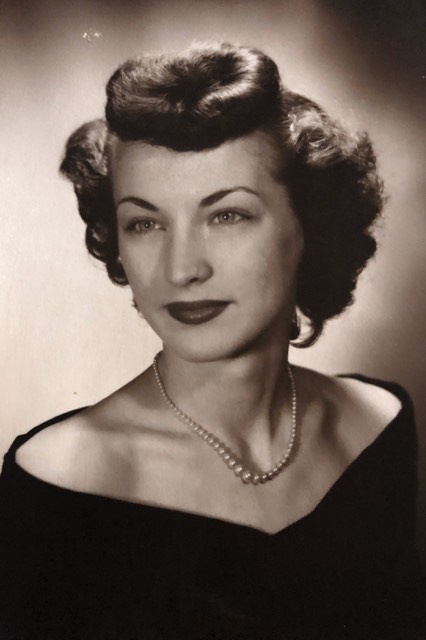 She had great elegance in the way she carried herself and interacted others.

She was kind, honest, and gracious, but she was also no push-over: to know her was to respect her. You wouldn’t want to mess with Maxine!

She was, simply put, a very classy lady–the kind that you don’t meet often, and that you remember long afterwards. Beautiful—inside and out.

Many of you know what a wonderful artist Maxine was. Some of you may even have some of her watercolor paintings in your home. In addition to being a painter in a variety of mediums, she also wrote poetry.

Maxine, and her daughter (my mother—who was also an artist) were the first people to teach me that our desire to create beautiful things is a direct reflection of our Creator.

When God made us in His image, he placed in us His own desire to create beautiful and amazing things: not for any kind of survival purpose, but just for the pure joy of it.

I see the desire to create as an important facet of my grandmother’s life, and I see it’s in the lives of all of her children and grandchildren, too. When I started thinking about this family – Maxine’s family – I realized that all of us are drawn to art in various forms. I’m grateful for Maxine’s creativity, for the way that she shared it with her family, and for the way that she helped show me the value of being a creative Christian.

Maxine was also an appreciator of beauty. She admired God’s handiwork in its many forms.

She loved art and reading, and appreciated anything interesting or lovely, which certainly extended to a study of people as well. She loved to people watch and try and understand people’s actions and motives.

She also loved to travel and see different parts of the world, especially with my Papaw, Gene. They went on so many trips throughout the years, sometimes just the two of them and several times with church friends as well.  I know that getting to travel and appreciate God’s handiwork was a special experience for both of them.

More locally, they also enjoyed just getting in the car and going on rides to find interesting things in the Hattiesburg community. When I’d visit them, it was not uncommon for them to ask me to hop in the car and they’d take me to look at something interesting: an unfinished community, a beautiful part of USM, a field of flowers.  I loved this about them as a couple. They both had such adventurous and playful spirits.

More recently, within the last few months, I took Mimi on drives when we got together.  Between her breathing difficulties, and my three year old, it was an easy way to spend time together. She’d direct me (I had no idea where I was going), and then she’d tell me about places while we rode around: the history of a church, a gorgeous and secluded neighborhood, a place where my mom spent time when she was a student at USM. It was so special getting to do that with her. I loved the perspective she had about her community.

A Life of Strength

But while Maxine’s life was full of beauty, it was also full of many hardships. It would be a disservice to her character to honor her beautiful spirit without acknowledging the incredible strength behind it.

Maxine wasn’t just a Southern Belle, she was a genuine Steel Magnolia.

(def) Steel Magnolia: a woman who exemplifies both traditional femininity and an uncommon fortitude.

In my life alone, Maxine suffered through difficulties that are unfathomable, including:

I cannot imagine losing one child before their time, let alone two. It has to be the worst kind of pain there is.  And just two years after her daughter died, Maxine lost Gene: the love of her life.

They were married for almost sixty-five years, and they loved each other fiercely.

I was heartbroken when my Papaw, Gene, passed away. He was was a wonderful, warm man, and I loved him greatly. But my heart broke all the more for Maxine, knowing that the bride he’d always loved so well would have to go on without him. It did not seem possible for them to be separated. (Now, with her passing, there is peace, not heartache,  in the belief that they are together once again.)

Despite the many losses she faced in her life, Maxine kept going.

The great writer, Ernest Hemmingway, once said that, “courage is grace under pressure,” and that makes me think of the way Maxine continued to persevere throughout her many hardships. She kept the same grace that she had always exhibited in her life, and it was evident in the way that she continued to love people.

It takes so much courage and strength to love someone, lose them, and continue to love again with the same beating heart. Yet Maxine did this–again and again and again.

She was a very brave and strong woman, and I think it is important to acknowledge that as we remember her.

A Life of Faithfulness

Maxine probably wouldn’t have called herself brave, but I can easily imagine her response to me calling her so. She would tell me that the endurance I’ve described to you wasn’t simply about bravery, but more about faith.

Romans 3: 3 – 5  tells us to: “ rejoice in our sufferings, knowing that suffering produces endurance, and endurance produces character, and character produces hope, and hope does not put us to shame, because God’s love has been poured into our hearts through the Holy Spirit who has been given to us.”

Maxine’s faith in God’s Word gave her the strength to persevere, to hope, and to trust in an eternal life beyond the sufferings of this one.

Her faith showed her how to love well,  and gave her the strength to continue to do it, despite her many personal losses.

She was also faithful to the people in her life.

She and my Papaw were married for almost sixty-five years, and in love for almost seventy. Neither of them was ever shy about telling us that it was pretty much love at first sight for both of them (they first met when he was seventeen and she was fifteen).

They may have clicked because of chemistry, but the reason they had so many years in a happy marriage together had everything to do with faithfulness. They were both faithful to being in a devoted relationship with one another, and they showed this faithfulness daily: cooking meals, earning a living, listening, traveling, having one another’s back, praying together. If you knew them, you know how wonderful they were together.  The legacy of their sweet marriage will continue to inspire our family for years to come.

More recently, and especially since her time in the hospital, I’ve seen her faithfulness grow even more. Maxine was always a bit of a worrier, but in recent days I saw her begin to let go of much of that worry as she prepared her heart for its journey to Heaven.

In the face of her final days here on earth, her focus stayed on the topic of love—loving God and loving others.

Starting about two weeks ago, she began to get very tired and started sleeping a lot more. I noticed that every time she woke up, she’d share something sweet with me: a memory, a word of encouragement, an expression of her excitement about Heaven, about what was to come for her. Every single thing she shared was so uplifting and full of hope.

One of the last things she ever said to me was: “I’ll never understand why there is so much hate in the world. God made you to love. You are made to love.”

At the end of her life, Maxine’s beautiful soul, her incredible strength, and her unwavering faith, were more visible than ever.

The experience of witnessing her joy in being called to her eternal Home has been such a testimony to us, her family.

Though I—though we all—will miss her greatly, we honestly and openly rejoice in knowing that she has found her eternal home in Heaven with her savior, that the hope that sustained her for so long has been realized, and that she is reunited with the many members of her family who went before her, and with her savior, Jesus Christ.

We will love her forever, and we find peace in the knowledge that her sufferings are over and that all is joy for her now.